The Eye and Ear began in 1863 with one bed, treating eye and ear diseases for underprivileged people in Melbourne.

We are Melbourne’s third oldest hospital and Australia’s only specialist eye, ear, nose and throat hospital. 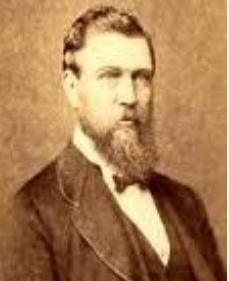 Andrew Sexton Gray was born in 1826 in Limerick, Ireland. He completed his medical training in 1846. He then started work at St Mark’s Ophthalmic Hospital and Dispensary for Diseases of the Eye and Ear in Dublin, where he was an assistant to William Wilde (the father of poet and playwright, Oscar Wilde). He was admitted as a member of the Royal College of Surgeons of England in 1852.

In 1859 he moved with his wife to Victoria, Australia. He worked in several places before settling in Melbourne in 1862, where he opened a practice in Russell Street.

Dr Gray was overwhelmed by the number of people seeking treatment but unable to pay. He wanted to help. He established the Eye and Ear Infirmary in 1863.

The infirmary began with three clinics a week for outpatients and was modelled on the Moorfields Eye Hospital in London. As a strong defender of the hospital’s resources and reputation, Gray remained vigilant in prioritising people in need of free treatment.

Following his death on 10 July 1907, Dr Gray was recognised as a significant figure in establishing ophthalmology as a speciality and in developing the Eye and Ear’s reputation for excellence and innovation.